Take a Kid Fishing, Ice Fishing that Is
By: David Duwe

With the internet it has been almost impossible to get any kids to play outside or enjoy the outdoors. Most kids are always “plugged in” to their phones or computers. This is a big factor in the decline of the fishing industry as a whole. Given that fact I take every opportunity to introduce someone to the sport I love and make my livelihood at, teaching people how to fish is my small way to pay it forward. Taking first timer’s ice fishing is a little trickier: weather, deep snow and quite frankly the fish don’t usually bite as well as they do in the summer months. With all that you need to really plan for the trip out on the ice. Safety is paramount so safe ice is the number one requirement after that, factor in the best way to stay warm and comfortable. 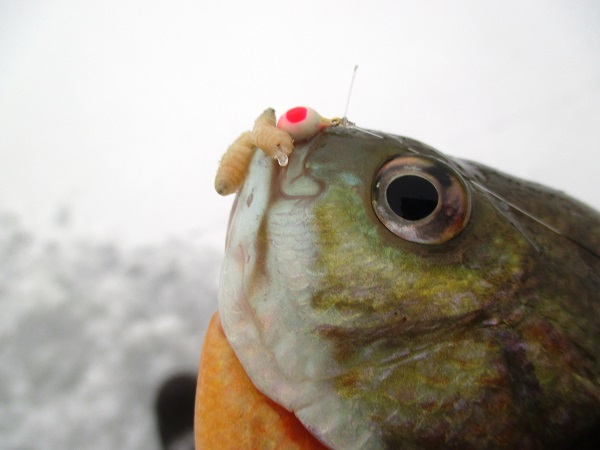 Recently my son Nate and I had the opportunity to tag along with Grandpa Jerry and Grandma Diane as they took several of their grandkids out ice fishing for the first time. The day we chose was carefully selected and the temperature was in the upper 30’s, I believe anything below 30 degrees means a very short trip. Nothing worse than getting all set-up and having someone want to go home.

We chose a couple of lakes (ponds) with a close proximity to the access point and home just in case. The small lakes had an ample supply of small bluegills and largemouth bass. It takes a little extra time but if you can it is always good to pre-fish the area before the children arrive. When taking first timers out ice fishing, I like working water depths of less than ten feet.

With the location chosen it was time for the hole drilling. A lot of holes!! After the holes were opened it was like an Easter egg hunt seeing who could skim out the most holes. This was not Grandpas first go around there were ice skimmers for all the children. Not only were they used to skim ice, they were used as hockey sticks, snowball launchers, and a hat. Before we even caught a fish all the kids were having the times of their lives. Keeping kids busy always makes time on the ice enjoyable.

Being a fishing guide for over twenty years I know that keeping it simple adds for more success and less aggravation for everyone, ice fishing is no exception. For panfishing, I like to use quality non-expensive jig poles. Being in shallow water a reel is not needed. As a rule when I am jig fishing I will use 2lb line or smaller, however when novice anglers are involved I will go a bit larger diameter to 4lb test. The jigs I prefer are from Snyder Lures (snydercompany@citlink.net); I really love the Ladybug Button in a dark color. It’s slightly larger hook is easier for small hands to deal with. The tip-ups we used were the Arctic Fisherman- Beaver Dam, the sturdy construction and smooth spindle can take the abuse an inexperienced fisherman can give them. The baits of choice were medium golden shiners and waxworms. Smaller shiners can catch any sized fish that swims in the lake we were fishing. A good rule of thumb is placing your baits about a foot off bottom.

If available a good fish locator will bring the children back to the technology age. I had my Vexilar FL-12 along, which added some extra entertainment. It also gives you a better indication of where the fish are in the water column. The day we were fishing the bite was on!! As many two to three inch bluegills as you wanted. It didn’t matter; some of the kids had never caught a fish through the ice. Remember they still had the ice skimmers to play with so there were plenty of laughs.

As mentioned earlier safety has to be the top priority followed by snacks and drinks. When my son was little it was not uncommon for me to have five pair of extra gloves, socks and more warm clothes. When you are cold you will not have fun. That is a fact for any outdoor activity.

At the end of the day, everyone caught fish and no one had frost bite. And fun was had by all!!

Take a Kid Ice Fishing you won’t regret it and pay it forward to the future of the sport. 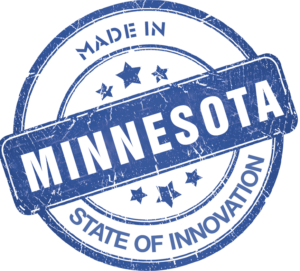